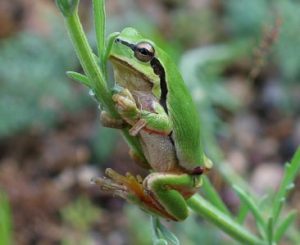 Observations of PMNH team increased the number of species of reptiles to twelve (from eight reported earlier (Table 2). Amr et al., (2016) reported the remains of the Stellagama stellio in the diet of an eagle owl found in AL Makhrour. 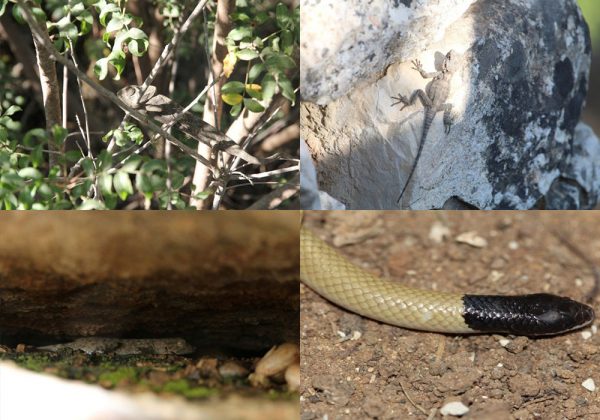 We recorded 30 species of mammals from the area (Table 3). Bats (recorded mostly via echolocation signals) and rodents were the largest orders of mammals in the area studied. Much deeper studies are planned for this summer. Two earlier studies done on in Bethlehem area related to Wadi Al Makhrour area with connection to mammals. In Qumsiyeh et al., (2014b) they shows the diversity of mammals that exist in Bethlehem district with 31 record of species from 16 family, which includes data from Al Makhrour. In the other hand a study done on the Eagle owl diet from Al Makhrour shows five species of mammals (Erinaceus europeaus, Rattus rattus, Meriones tristrami, Microtus guentheri, and Rousettus aegyptiacus) and a domesticated cat (Amr et al. 2016). 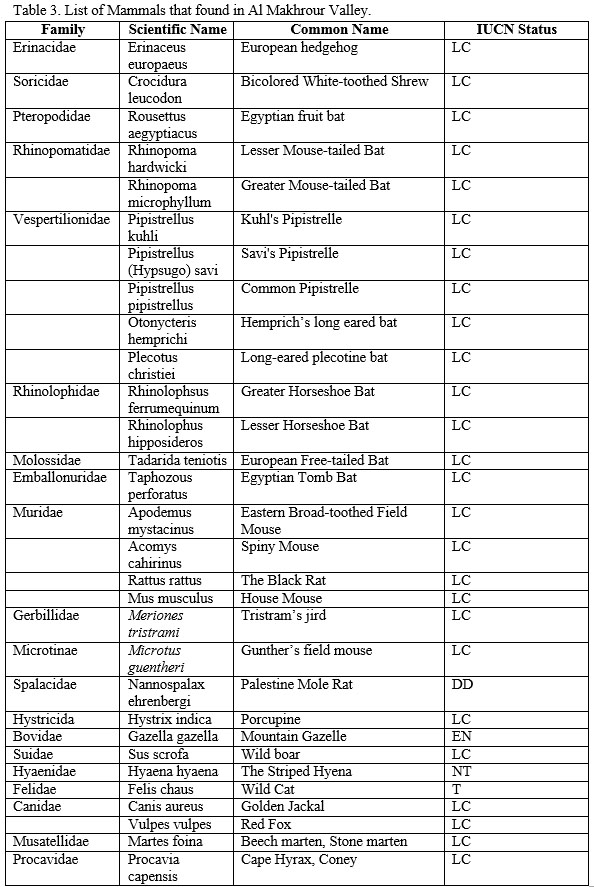 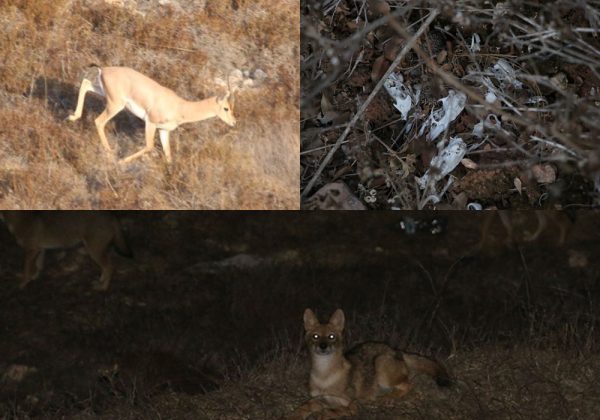 Al-Makhrour is considered part of the chain of hills hat go from Jerusalem to the West towards the Mediteranean. This and eastern areas of Jerusalem are considered as Important Bird Areas per international criteria (see Important bird areas http://datazone.birdlife.org/site/results?cty=240&fam=0&gen=0 ).We published one paper on the diet of the Eagle owl in Wadi Al-Makhrour which included bird species like pigeons and a dove (Amr el. 2016). Environmental Education Center (EEC) is a ringing station for birds located at Taleta Qumi which is near WM, this data could give prediction for the Avifauna that could found in the valley. EEC shows data of more than 70 species of passerine that ringed at the ringing station (Awad et al., 2017). 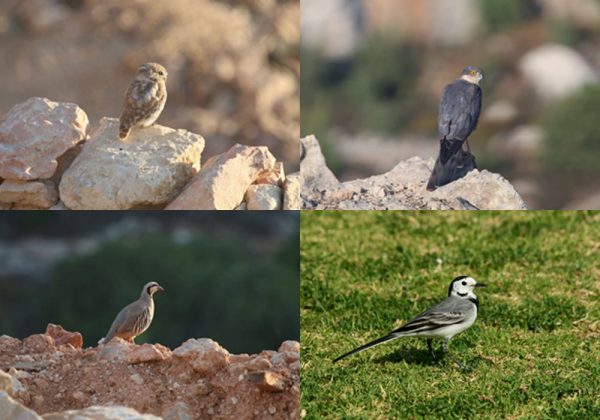 The invertebrates studied in the past few months (up to 31 March) already produced excellent indicators of the rich biodiversity of this area. Insects of course where the most numerous in terms of species counts (see Table 5 for preliminary list of identified species). For example, there is over 20 species of butterflies and many other species of moths (difficult group taxonomically, being worked on, some new species).  As for Moths there was found 11 families and over 21 species (many yet to be unidentified of the families Erebidae and Noctuidae). 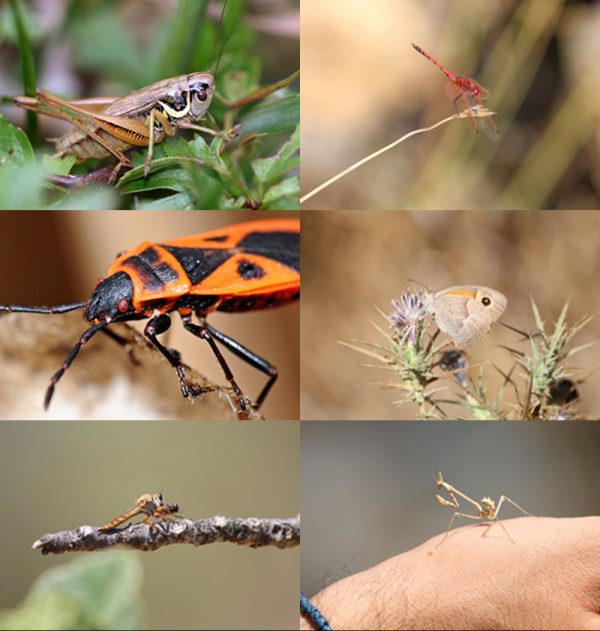 Many other groups of Arthropos were noted. The study is ongoing but below is a highlight of some interesting groups.

Of a total of four species of scorpions, Mt. Nebo scorpion Nebo hierichonticus was the largest and the smallest was Scorpio maurus in the valley. The most impressive was Androctonus (Fig. 30) and the most poisonous the Palestine yellow scorpion known also as “deathstalker” (Leiurus quinquestriatus). We also got some species identification on some pseudoscorpions: Chithonius jonicus, Cardiolphum stupidium, and Ephippiochthonius sp.  Also two species of camel spiders.  The difficult group was the regular spiders (Order Araneae). Which has two dozen species in at least 8 families and were collected in several trips and identified by Dr. Qumsiyeh. 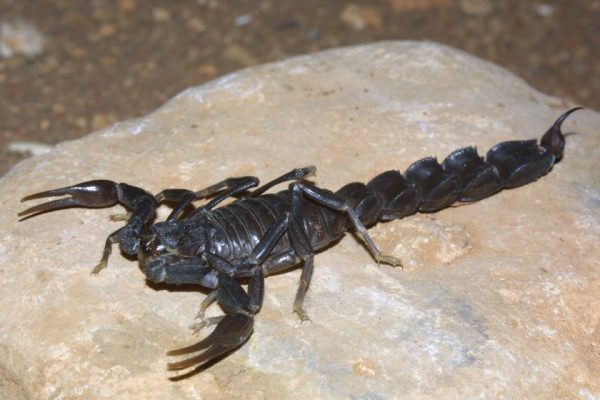 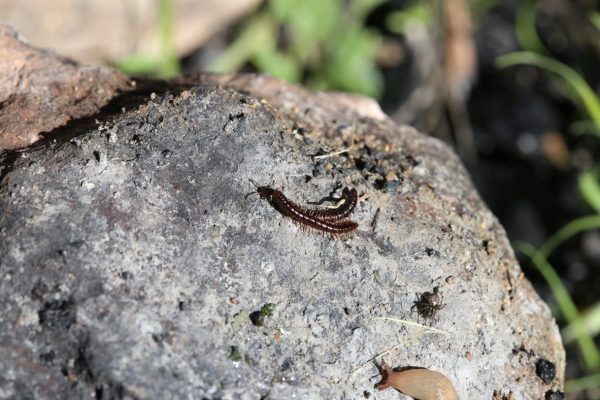